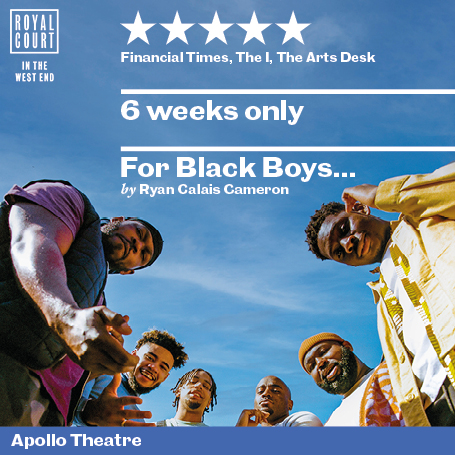 For Black Boys  is located on the threshold of joyful fantasy and brutal reality: a world of music, movement, storytelling and verse – where six men clash and connect in a desperate bid for survival.

Following its sold out runs at the Royal Court Theatre and New Diorama ​Theatre, the award winning For Black Boys Who Considered Suicide When The Hue Gets Too Heavy transfers to the West End for a limited 6 week run.

Tickets From
£15
Prices include a £1.50 restoration levy. 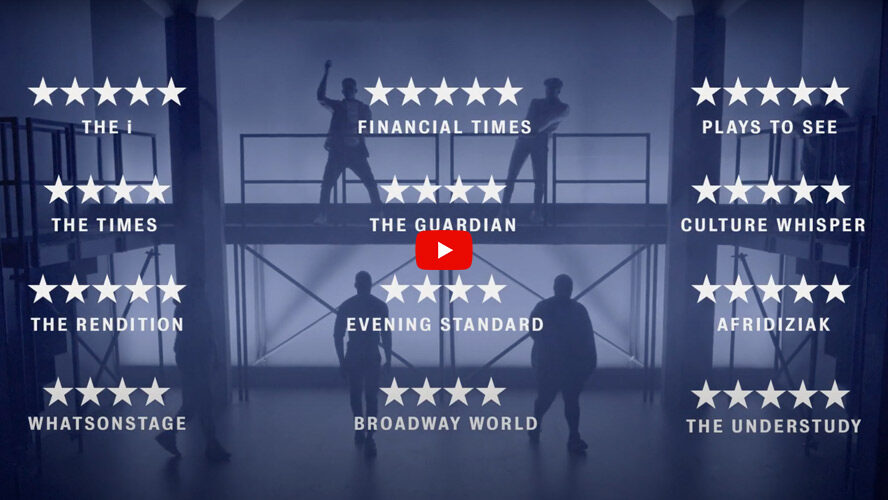 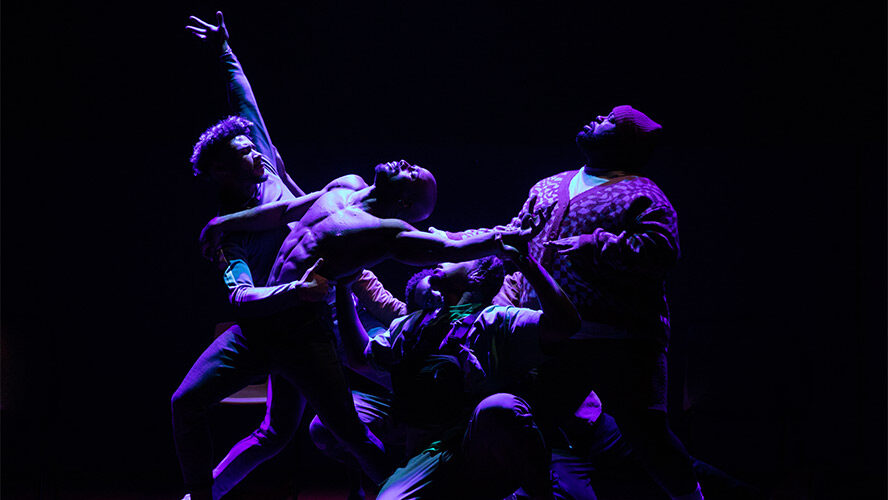 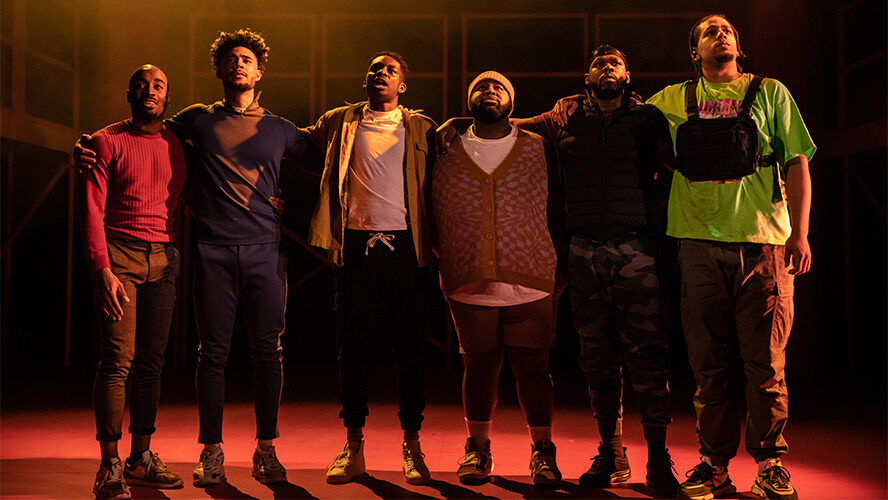 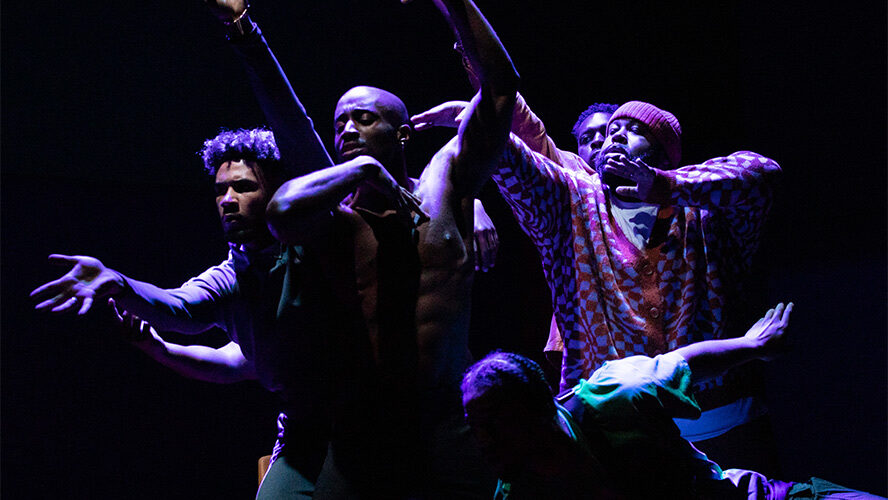 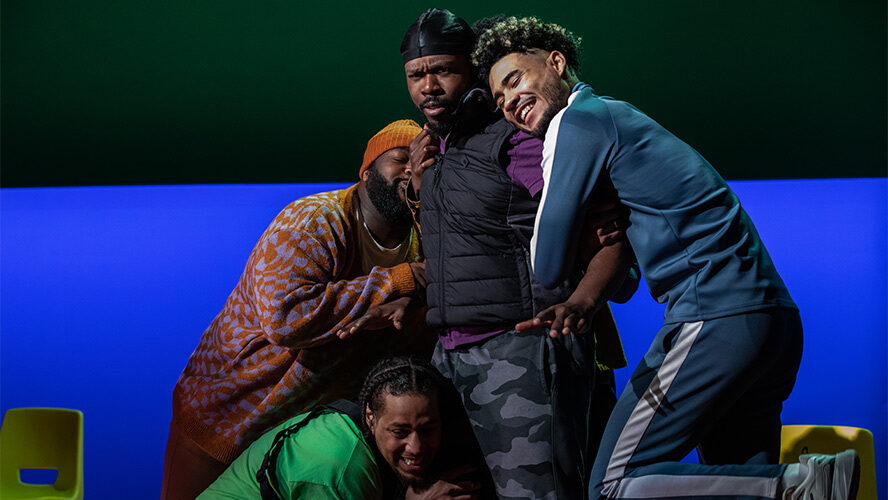 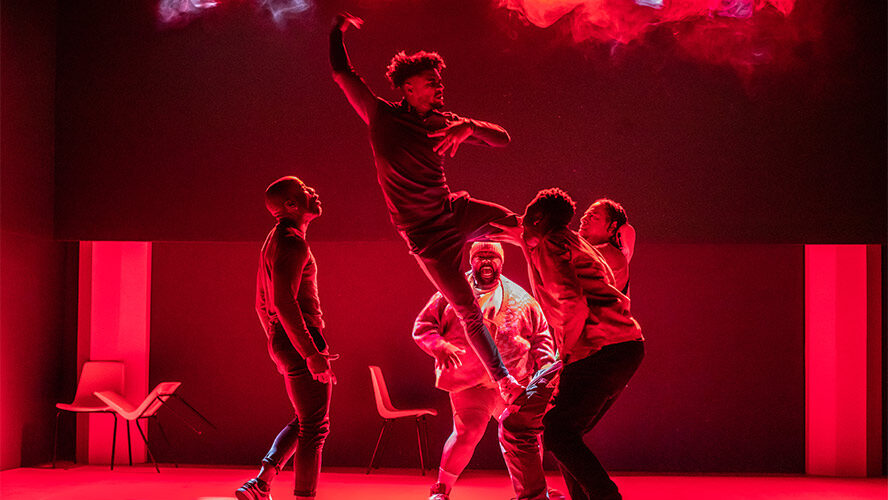 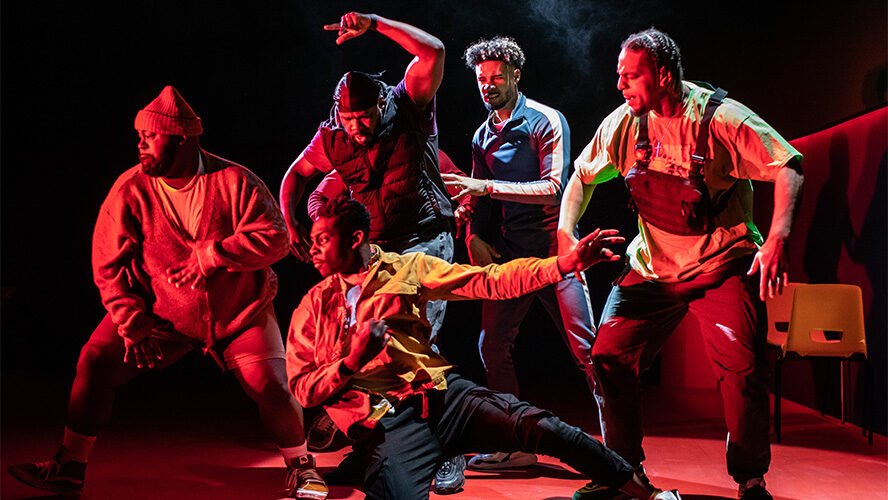 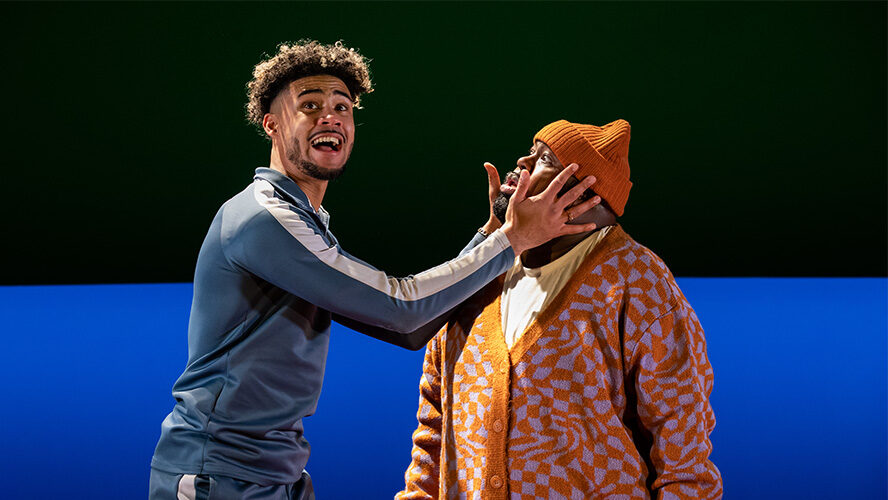 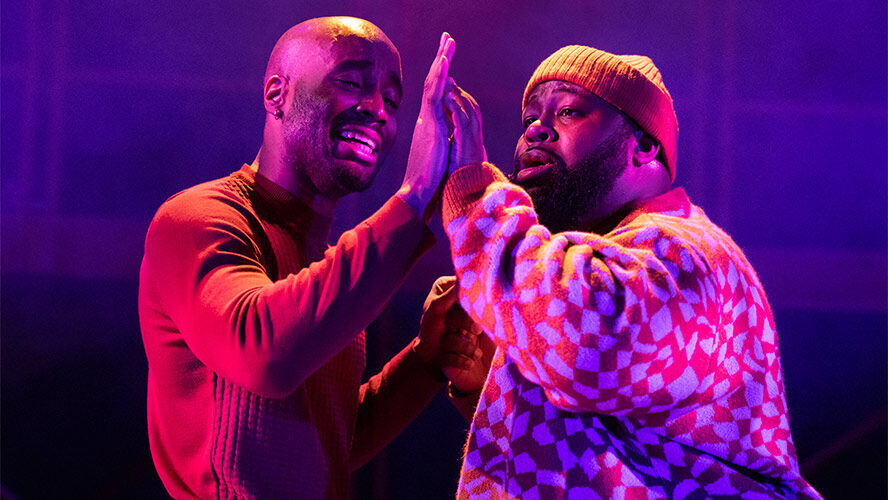 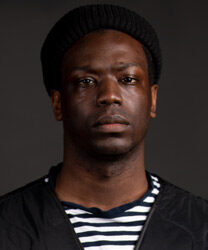 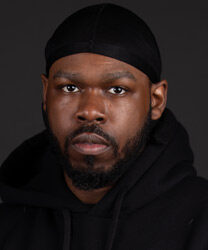 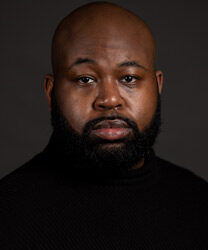 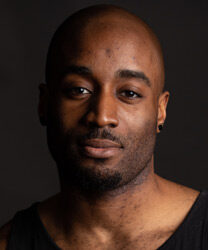 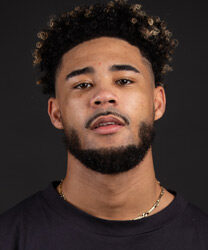 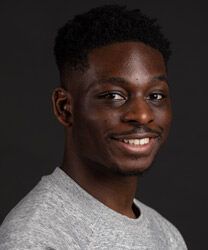 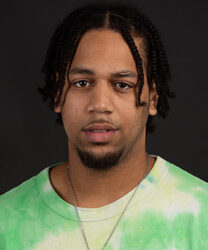 Mark is from London and trained initially in Performing Arts at the City of Westminster College before attending Identity School of Acting and Intermission Youth Theatre.

He has just finished playing the role of ‘Onyx’ in the award winning and sell out run of FOR BLACK BOYS WHO HAVE CONSIDERED SUICIDE WHEN THE HUE GETS TOO HEAVY at the Royal Court Theatre, having been part of the original cast last year at the New Diorama Theatre. Other theatre work includes: ‘Capulet’ in ROMEO AND JULIET and ‘Bottom’ in A MIDSUMMER NIGHTS DREAM (Shakespeare Within The Abbey / Globe Theatre), ‘Kwame’ in TRIBAL (Theatre Peckham) and ‘Shylock’ in EXCLUDED (Intermission Theatre).

Screen credits include the role of ‘Samuel’ in comedy series SOMEWHERE IN LONDON (Big Deal Films) and ‘Vauxhall’ in the short film LITTLE MONSTER (Knucklehead).

Mark is a professional rapper and has experience in music production. He is highly skilled in street theatre and enjoys basketball and boxing.

Darragh Hand’s break out role was as Sable in Nouveau Riche’s production of FOR BLACK BOYS WHO HAVE CONSIDERED SUICIDE WHEN THE HUE GETS TOO HEAVY at both The New Diorama (d.Tristan Fynn-Aiduenu) followed by The Royal Court (d. Ryan Calais-Cameron). Darragh and the rest of the cast were recognised for their work at the Stage Debut Awards 2022, winning the Best Performer accolade.

Darragh graduated from The London College of Music.

Aruna Jalloh’s break out role was as Obsidian in Nouveau Riche’s production of FOR BLACK BOYS WHO HAVE CONSIDERED SUICIDE WHEN THE HUE GETS TOO HEAVY at both the New Diorama (d. Tristan Fynn-Aiduenu) and The Royal Court (d. Ryan Calais Cameron). Aruna and the rest of the cast were recognised for their work at the Stage Debut Awards 2022, winning the Best Performer accolade.

Aruna’s other theatre credits include MUCH ADO ABOUT NOTHING (d. Roy Alexander Weise) for the RSC.

Kaine graduated from Mountview Academy of Theatre Arts in 2021, with a BA (Hons) in Performance. He has just finished playing the role of ‘Midnight’ in the sell out show FOR BLACK BOYS… at the Royal Court Theatre following an initial run at the New Diorama Theatre last year. Other roles include: lead role ‘Burnsy’ in MAN ENOUGH for Mind Over Matter at Theatre Peckham.

Whilst in training, he played ‘Princess Seraphina’ in MOTHER CLAPS MOLLY HOUSE, ‘Cacambo’ in CANDIDE, ‘Ensemble’ in SONGS FOR A NEW WORLD, ‘Watchman’ in AGAMEMNON’S RETURN, ‘Richard Mason’ in JANE EYRE and ‘Admiral Boom’ in MARY POPPINS. He also starred as ‘Newt Lee/Riley’ in the ELODS production of PARADE.

Kaine is British Jamaican with a great ear for accents, is a highly skilled baritone, rap and reggae singer and has a passion for American football, basketball and roller skating.

'This is beyond beautiful.'

'what a joyous, sad, beautiful piece it is — muscular, vibrant, deeply tender.'

'a meditation on black masculinity in which language, movement and imagery come together in a fusion of passion and grace.'

'Simply put, this is an exquisite show.'

'it blends and balances the voices of a handful of characters with a sometimes uproariously funny but always articulate collage-like fluidity.'

'For Black Boys has an urgency about it'

'stories are connected with a thematic nexus, and brought to pulsating life beat by beat through poetry and dance'

Tickets From
£15
Prices include a £1.50 restoration levy.

All groups rates are subject to availability, and exclusions may apply.
Contact our helpful Groups team for more details.
Email: groups@nimaxtheatres.com
Call: 0330 333 4817
Monday – Friday 10am – 6pm

School Groups 10+
£15, plus 1 free teacher ticket for every 10 students booked.
Tuesday to Friday

The Apollo Theatre is located on Shaftesbury Avenue, near to Piccadilly Circus in London’s West End. Below you can find information on how to get to the theatre and a map showing the location of the venue.

If you’re driving into the West End to see a show, take advantage of Q-Park’s Theatreland Parking Scheme. Save 50% off parking with Q-Park (after 12pm and for up to 4 hours). To qualify, simply present your Q-Park car park ticket for validation at our box office and the car park machine will automatically charge you half price.  For details of locations and prices please visit Q-Park’s website.