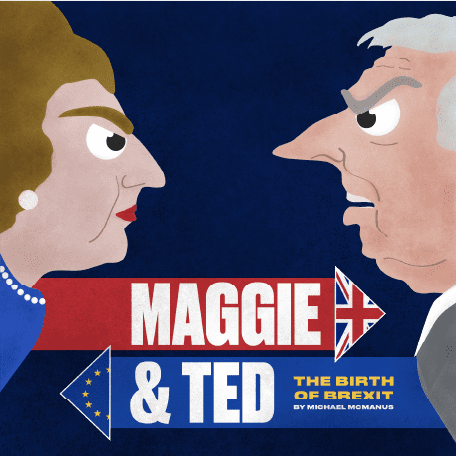 The Drama! The Comedy! The Handbag!

For 20 years and more, the running battle between Margaret Thatcher and Edward Heath both enthralled and appalled the British public. Now Maggie and Ted are back, on a West End stage.

Ted Heath. The first working-class leader of the Conservative Party. His ill-fated premiership had one lasting consequence: UK membership of the European Union.

Maggie Thatcher. The UK’s first female Prime Minister. Both reviled and admired, she ousted Ted Heath as party leader and turned the Conservative Party against Europe.

This play shines an intense – and sometimes uproariously funny – light on Maggie and Ted and the Birth of Brexit. Helped by a supporting cast of characters including Winston Churchill, Harold Wilson, Tony Benn, Denis Healey, Roy Jenkins – and even Boris!

The Garrick Theatre operates strictly under the government COVID-19 guidelines. For further information check our COVID-19 secure information page. Bookings can be for up to six people from mixed households or larger where only two households combine. If you or anyone in your party experience symptoms of COVID-19 or are required to self-isolate we have a 100% exchange guarantee up to 24 hours before your performance. Please contact boxoffice@nimaxtheatres.com and they will assist.